Still Don’t Know if the World is Gonna Go KABOOM 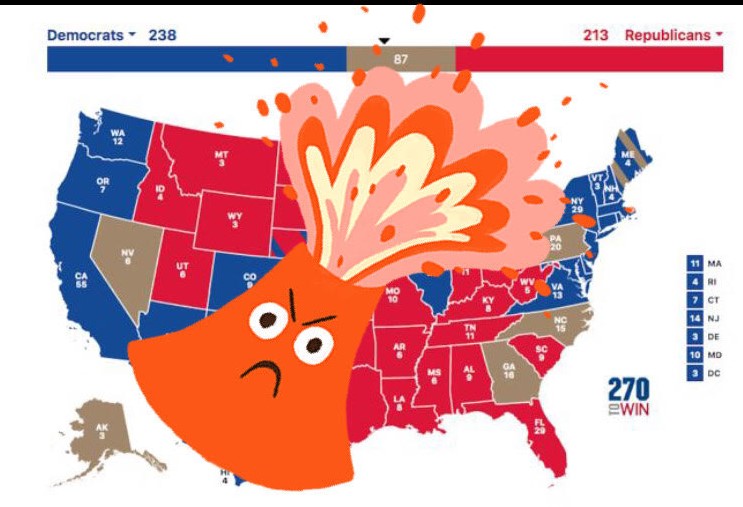 As the world continues to dance on this shoestring in anticipation for the final results of the presidential election, there is nothing to turn to but numbers. As it has been going, former Vice President Joe Biden has appeared to have had the upper hand for the majority of this race; however, President Donald Trump was leading in many states which are yet to be confirmed.  As the night began to wind down on November 3rd, the tension only grew.

As it currently stands, Joe Biden is still in the lead in both the electoral and popular vote, but as time continues to tick down to the final count all anyone can do is speculate.

While we await the final tally we must all try to be safe, as there have been threats of violence in the weeks prior to the election.  In the end, regardless of whoever wins or whoever you prefer, please stay safe and keep yourself and others out of harm’s way.