Sit Back: Drive-In Theaters Make a Come Back 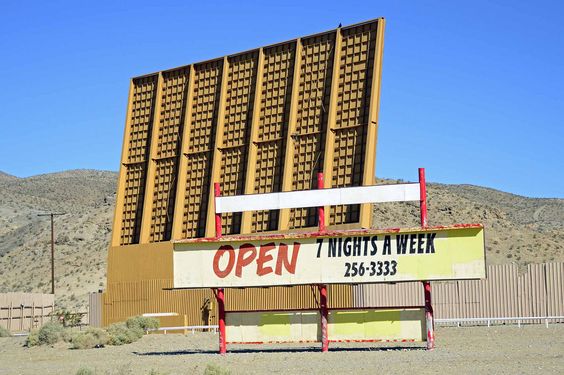 In the 1970s, the home entertainment market grew each year. As said in Pritchett, Morgan’s article  Death of the Drive-In Theaters,  “energy crisis led to the adoption of daylight saving time…this affected the start times of films at drive-ins.” During this energy crisis, a Daylight Saving Time act was signed by president Nixon to hopefully conserve power across America. This affected every form of entertainment across the country. Sports and other forms of entertainment including drive-in theaters had to deal with the energy crisis. With the introduction of the VCR, color T.V, and VHS Stores, drive-in theaters failed to keep up until this year. Enter the pandemic.

Kaleigh McNelis, a student from Sultana High School says, “I went to the Barstow theater July 12th and yes I did enjoy the experience.” The drive-in theater is a great opportunity to be with friends and family while social distancing.

When the United States began a lockdown on nonessential businesses, Americans noticeably expressed that they did not want to stay stuck inside. Theaters closed down across the country and all the movies that were going to be released had to be released through streaming platforms or to not be released at all.

The public truly missed going to not only the movie theater but every nonessential business. The people of America wanted a safer option for public entertainment, so businesses took advantage of that.

When there is a need for public service, businesses find a way to solve people’s wants and needs. According to CBS Los Angeles, Ontario Airport launched a drive-in movie series. This event is free but Ontario Airport is profiting from concessions. This event encouraged other drive-in theaters to open.

The lockdown did change all people’s lives. It shifted everyone’s perspective of this country. Sometimes, one just needs a break to relax and calm down. So go support one’s local small business and drive-in theaters because those people are still working to benefit the average American.