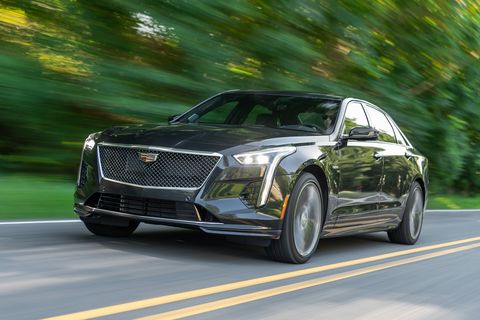 Hands free driving has been around since as early as 1925. The first car that didn’t require a human driver was invented by Francis Houdina who demonstrated a radio controlled car in 1925. According to The New York Times, the car was able to start its engine, shift gears, and sound the horn all with no driver in it.

Entering 2020, we still don’t have flying cars but Cadillac is introducing its newest innovation in hands free driving with its latest car the CT6 (2020 model). This car has the super cruise option which allows for the driver to take a break from the steering wheel and let the car drive itself.

Cadillac’s super cruise technology has been available since 2018 with its earliest model the CT6 (2018 model). The newest model is much more advanced and includes more features than the previous builds and they both range around $50,000-$100,000 depending on the customization options you want included with the car.

The CT6 (2020 model) super cruise includes many safety features to ensure that no accidents happen while super cruise is on. One such feature is a camera system that assures your eyes are still on the road even if super cruise is on. Three alarms go off if the driver is not attentive to the road. The first alarm will flash a green light bar on the steering wheel. The second alarm will go off if the car still notices you are not paying attention to the road. If the red light bar flashes for too long from lack of attention to the road, the car will give off a voice prompt to notify the driver to take control of the steering wheel or the vehicle will automatically start slowing down and eventually come to a complete stop, and super cruise will disengage.

This car isn’t completely hands free like most people would think. The car can drive itself but only under certain conditions because super cruise is only compatible on certain highways around the United States, meaning the car can not drive you on the little streets around your home.

Self-driving cars are just recently being introduced to the public. As of now, they are not 100% self-driving. A driver still needs to be attentive to the road. The technology is a cool concept, but at the end of the day it all comes to personal preference if you want to spend up to $100,000 on this new type of luxury car.