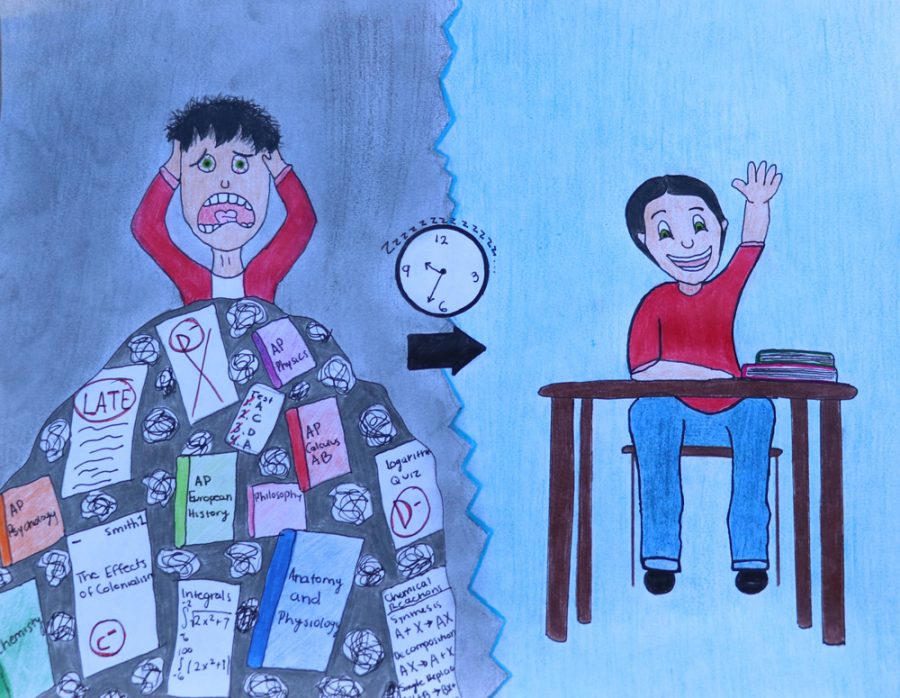 Well, the time for restful nights has finally arrived. California has become the first state in the nation to require that all schools should have a later starting time. This new bill, Senate Bill 328, was signed into existence by California’s governor, Gavin Newsom.

Research done by CAREI, a research provider and assessment consultation, has shown that teenagers’ brains are not fully awake until 10:00 a.m because the human brain is in a shifting pattern during adolescence. This is further established by a study done by the National Sleep Foundation which states that the “sleep requirement for teenagers is 8-10 hours per night.”

Therefore, Californian politicians have established that school should start no earlier than 8:30 a.m. This shift is done in the hopes that it will better the health and school performance of teenagers since the delayed start time aligns better with teenagers’ sleep-wake cycle, as shown in a study from the American Academy of Pediatrics.

The later school start time will decrease the amount of insufficient sleep which has been affecting students for many years now. Students with less than nine hours of sleep have a larger chance of suffering from depression while students getting four hours or less of sleep are thirty-three percent more likely to experience sadness and hopelessness.

However, there are some questions about how this will impact sports. Sultana High School athletic director, Coach Bartle, said: “I understand the rationale of students performing better with a later start time, but I am worried about the effect it will have on student-athletes and athletic programs.”

Adding to this concern, Sultana High School principal, Mr. Bird, stated: “There are definite concerns about having enough light for outdoor sports or for games and matches getting done late. For example, the first basketball game starts now at 3 p.m. and the last one ends at 9- 9:30 p.m. Starting at 4 and ending at 10- 10:30 p.m. would not be good obviously. So changes in extracurricular activities will have to take place.”

Despite this, Mr. Bird concludes that “There are mostly positives about students being in a better place to learn because after all, that is our number one academic goal. If we can mitigate the effects of the lateness of after school activities and if we can accommodate teachers, staff, and students individual needs, I am overall in favor of a later time.”

However, because this is a major change for not only students but teachers and staff, Mr. Bird is “planning on a “0” period that would allow some students to start school at 7:30 if that is what they want. Also, our teachers and staff have different needs as well. We want to be able to accommodate our staff if they prefer the earlier (or later) start time.”

As of right now, Mr. Bird states that the plan is to implement the later school start time in 2021-2022. While some students like, sophomore, Celest Farias is “excited for the late start to come,” other students like junior, Isabel Rayas, are “sad I will never get to experience the positive effects of the late start.”

While there are some definite concerns with the effect on afterschool sports and activities, the later start time will allow students to have a healthier relationship with school and themselves. If accommodations can be made for students, staff, and teachers, this can be an overall positive change.