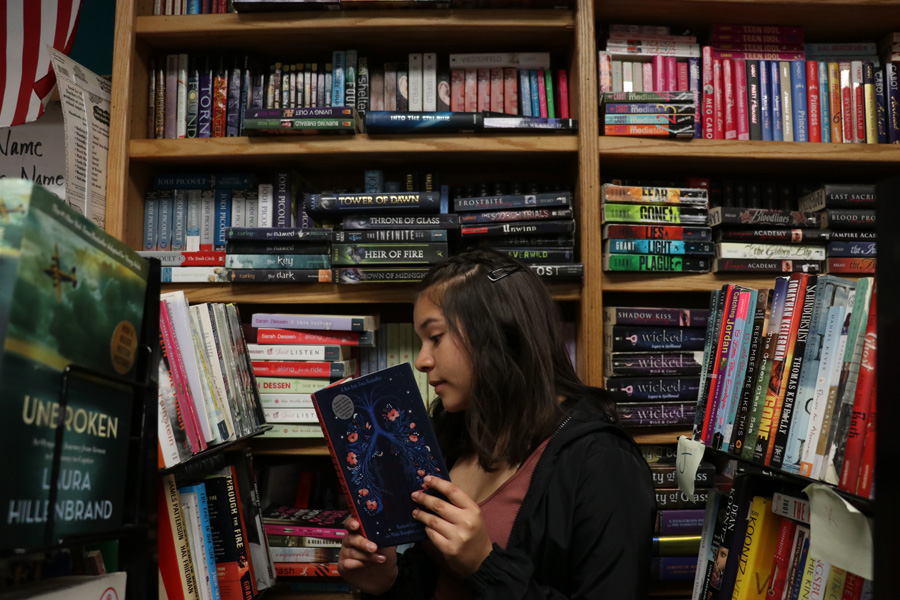 Through relatable writing and lovesick emotions, the authors portray a story about two cystic fibrosis patients and bring awareness regarding the everyday struggles of cystic fibrosis patients. Intermixing vivid characters Lippincott, Daughtry, and Lanconis create a story filled with feeling, so be prepared to shed a tear or two.

In a desperate fight to survive, a tightly wired Stella meets a careless Will and falls in love. Exploring the struggles of Cystic fibrosis (also known as CF), the two main characters join in an act of defiance to follow their love. Keeping six feet apart is the medical norm to prevent contagion, but is proven to be extremely tough for the two.  In an attempt to shorten the distance and taste freedom, Stella makes a risky decision to only remain five feet apart.

Through the story, the characters become more lovable and familiar. Although at first, the writing style of the three authors can seem overly dramatic and at times repetitive, they heighten the romance between the two characters perfectly.

The theme can often seem a bit dark as Stella travels through the reality of cystic fibrosis (although the disease is not represented 100% accurately) and the idea of death.

Death is prominent in the story since it is a thought in the back of the mind of the characters with CF. It is often used ironically since in parts if the book it is explained  that a lot of the cystic fibrosis characters like Stella, Will, and Poe are seen as living for their families because someone depends on them, yet they always have a sense of comfort in the knowledge that their existence is terminal and won’t last forever.

The authors are a bit heavy handed when it comes to discussing death.   It often seems over exaggerated but it ties back into the romance factor of the story and provides a lot more emotion for the reader.

For those craving a love story following along the genre of The Fault of Our Stars or just a romance in general, Five Feet Apart is a great choice that will entertain and inspire the reader.