The Monkeys and the Pigs 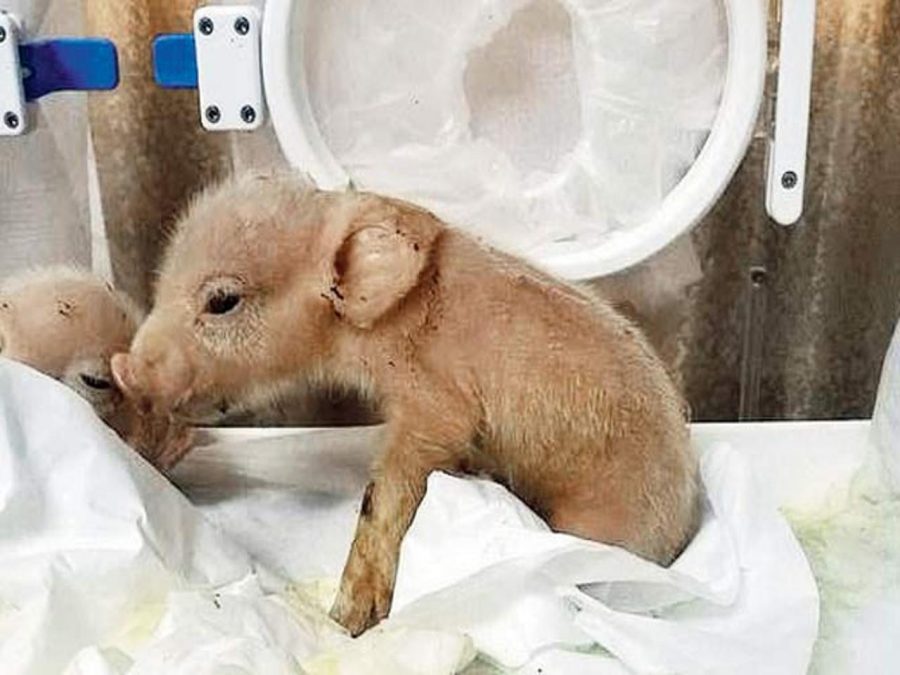 Genetic engineering might sound like it’s a made-up sci-fi concept but it’s the reality we live in. Halfway across the world, Chinese researchers have created two pig-monkey chimeras. A chimera is an organism with two sets of DNA from two different animals.

A pig-monkey chimera is exactly what you are thinking of, scientists have managed to put together monkey DNA cells and embryos of a female pig to form the hybrid.

The piglets were revealed to the world with gasps of horror, as it was seen as a monstrosity and not a marvel of science. This fusion between these two animals was previously unheard of and even unimaginable.  It’s definitely the first time that people have actually seen one.

Ms.Lopez, one of Sultana’s Biology teachers, mentioned that, “It’s awesome that this type of research is being done, and it will help us learn more about genetics.”

One of Ms.Lopez’s freshman students, Alex C. remarked, “Dang China is crazy.”  Indeed, China’s scientists have been known to conduct controversial experiments in genetic engineering in the past.

This experiment with the pig-monkeys is a precursor to creating hybrids. The research on chimeras is important so that one day we may be able to grow human organs from combinations of humans and animals.

The project began with the development of the monkey’s cells becoming fluorescent and then inserted into the embryos.  This was to easily identify the monkey cells as the embryos grew. The pigs and monkeys used for this experiment are especially fertile and are usually adopted from animal shelters or bought from auctions.

Around 4,000 pig embryos were implanted within the surrogate pigs, but only about ten piglets made it to birth. From the ten piglets, only two of them had traces of monkey DNA.  The two special newborns were still 99% pig but the scientists are interested in the 1%. Scientists have found monkey DNA in key parts of the piglets like the heart, liver, spleen, lungs, and parts in the skin.

The baby pigs died shortly after being delivered due to the side effects of Vitro fertilization (IVF). This is a type of pregnancy when the egg and sperm meet outside the body to become fertilized and are then transported into a uterus. Senior Richard Aguilera said “It’s better they experiment on monkeys first instead of humans.”

Many laws have restricted the creation of hybrids because of ethical and moral reasons. Some believe once we begin combining humans and any other animals that the resulting creature may become more human than we expected and it would get very complicated.

The future use of hybrids might lead to new forms of pets, food, or zoo exhibits. The power of genetic engineering could also transform the lives of billions with new organs and lives.

The combination of these two animals may seem like the plot in the newest sci-fi movies or book, but it’s now a part of our present and will become an even bigger part of our very near future. This experiment is only the beginning of what genetic engineering is capable of.