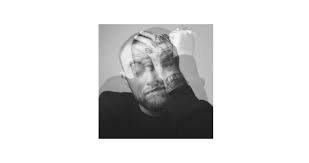 Malcolm McCormic, also known as Mac Miller, was a phenomenon in the music industry; people loved his music and the sounds that he created. When he died from a drug overdose in 2018, it left people shocked and heartbroken. He was only 26 years old when he accidentally overdosed.  His early death left people wondering how, and most importantly, why this happened.

Nobody really knows why Mac Miller turned to drugs, but it’s quite apparent that he was going through some major problems in his life. Although we might never know his struggles, his companion, Jon Brion, who was working on one of his last albums with Mac, decided to finish his legacy with his new album called, Circles. This album will be the last and final work of Mac Miller.

Circles is not just a “new album”, but it is something much deeper than that. Producer Jon Brion gives us an insight to where Miller was when he started his music: “He started to play these things that were really insightful and individualistic but still felt influenced by his love of hip-hop and R&B and dance music.” Mac Miller combined many styles of music to create sounds and music that people loved.

Many people are excited for this new release such as Sultana sophomore Leah Garcia. She states, “I personally love Mac Millers music because it gives me a relaxing feeling and makes me feel calm… in a way.”

This album portrays Miller’s life before his death. A musician writes from their own experience and through their work, fans can see what they are thinking. People described this album as calm, sentimental, lonely, depressive, and mellow. Miller’s last album shows how he was doing mentally, physically, emotionally and, most importantly, it showcases his demons.

Mac Miller’s 2018 release was called Swimming.  The plan was to complete the two albums with the headline of, Swimming in Circles. This is very telling because it shows the state of his mental health and also how he wanted to tie his two albums together to reflect on his life.

Jon Brion gives us an idea of how Miller partially composed his music from his emotions. “I feel like the album is a clear picture of somebody with those troubles who is funny and intelligent and was trying to look at them critically.”  Listening to this album will definitely be a different experience with Mac Miller’s death in mind.

Although Jon Brion was there and experiencing it song by song with Miller as the album was created, Brion’s interview from September 18, 2018, just about one and a half weeks after Mac Miller’s death, told the story. Miller had personal problems that were conveyed through his music. People loved his chill, relaxed sounds but nobody knew what he was going through.

In the 2018 interview Mac Miller says, “To always be battling for what you think your image is supposed to be. You’re never going to be able to get anything across. No one’s ever gonna really know me … and that’s OK.” This interview signaled that Miller was going through personal and identity problems.

The Circles album has been ranked top 3 in 2020 so far, and is predicted to be more popular. Mac Miller’s mellow sounds and raspy voice add to the unusualness of his music and people loved him for it. Although Miller’s legacy ended early, he will be forever remembered for the impact that he left on society and on the music industry.