Prices on The Rise: When Will We Hit a Breaking Point? 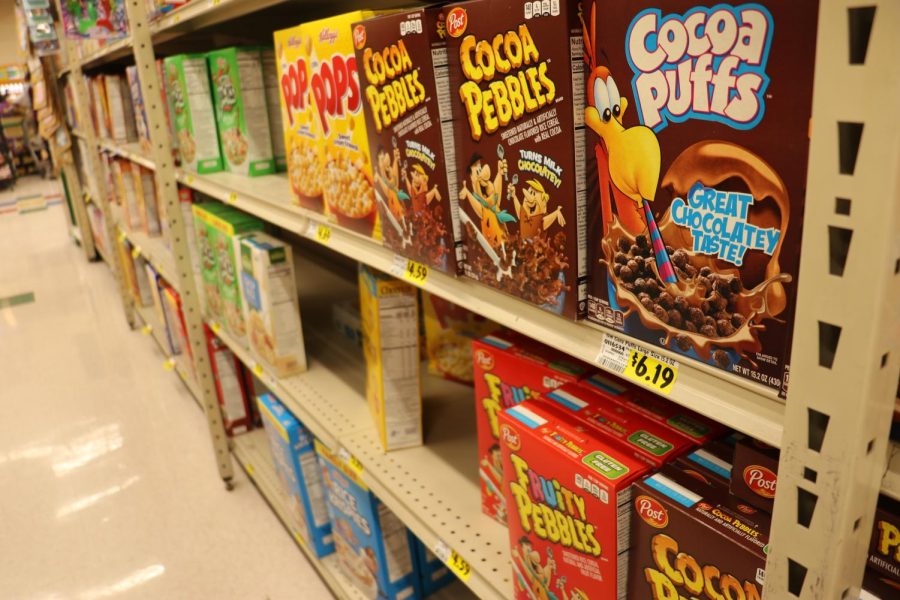 Prices usually rise then drop again, not causing much of an uproar among people. But now, along with gas prices and house prices, prices on items in stores have also been rising.

Part of this rise in food prices has to do with shortages, transportation, and weather problems, this is mostly a delayed result of the COVID-19 shutdowns.

COVID-19 played a major role in the higher prices. In part, this has to do with the fallen prices caused by lockdowns and other COVID-19 restrictions. During this time people were only shopping for the essential items so a lot of businesses had to close down, causing some production to stop.

Cereals and baked goods have increased in price the most out of supermarket items. The only category that has not increased is beverages which have not risen yet.

AriZona iced tea is another exception. It has remained 99 cents. Don Vulataggio, the founder and chairman, states “I’m committed to that 99 cent price… I don’t want to do what the bread guys and gas guys and everyone else are doing.”  This is in part because it is a small business and he can make his own decisions.

Unfortunately, the Dollar Tree can no longer even keep the promise advertised in their name with their prices rising to a now $1.25!

Now it’s hard to even find items sold for a dollar. Jaylin Jefferson, a freshman here at Sultana stated that, “The rise in prices makes it even harder for people with low income to live steadily.”

Most salaries have not increased since the rise in prices, resulting in difficulties in affording items that families easily could before.

Now that both gas prices and supermarket prices are going up exceptionally, many families are struggling more than ever.

Gas prices alone burn a hole in many people’s pockets, rising to 5 dollars or more in certain areas. Sabrina Trujillo A freshman here at Sultana stated that, “The gas prices are outrageous and I don’t even have a car.” Even those who do not have cars are aware of the  high prices.

Car owners express the large inconvenience of current gas prices. Chyna Miranda, a senior here at Sultana stated that “ Driving back and forth to school everyday uses a lot of gas, so it’s hard to keep up with it.” The gas prices leave much less room to spend money on unnecessary items. Thus ,causing everyone to shift how they spend their money and prioritize purchases, to adjust to these new prices.

Despite the inconvenience and struggle many are facing now; hopefully, someday we can adapt and learn to live with these slightly higher prices. And more importantly, hopefully prices stop climbing.