The Newest and Last Addition to Smash Ultimate 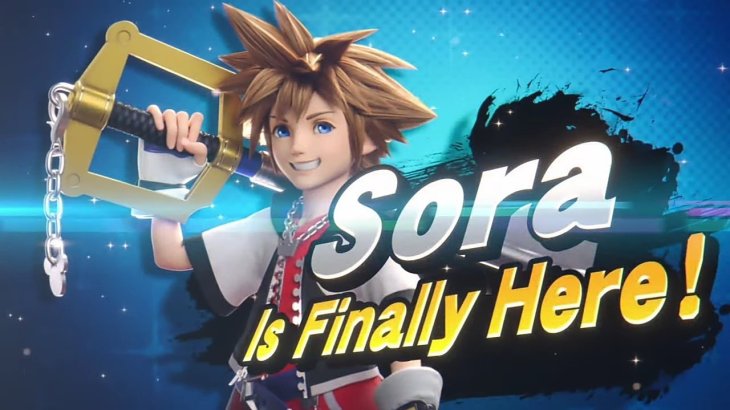 Everyone knows of the famous billion dollar company, Nintendo. They are the source of a lot of the lovable video game characters we know of today.

The newest and last addition to the game was added October 18, 2021 being Sora, main protagonist of Kingdom Hearts.

Fans were shocked after watching his character trailer. There were definitely mixed reactions due to the long awaited addition of Waluigi that never happened. Though Sora was a great addition, some could not help but feel let down by his reveal since Sora was in fact the last addition to Smash Ultimate.

Sora fits well into the game while being floaty, much like Kirby, which makes it easy to dodge opponents. His charge/tackle attack makes it easier to get back onto the stage when knocked off during battle.

In game, you can only fall a certain amount of length before you lose a life, but that is less of a threat for Sora. His charge attack can get him back on stage from an extreme distance. It also allows him to use the charge attack multiple times so it is easier than ever.

Much like other characters, Nintendo incorporated elements from Sora’s home game, Kingdom Hearts. His keyblade, in which he uses to fight, can still cast spells for long distance attacks. He can use fire, lightning, and ice spells with specific button combos.

Players have found that his spells are a bit OP (overpowered). When other players are either making it back to the stage after being knocked off or are hanging on the edge waiting for the right time to swing up, Sora can simply use his lightning spell to knock them off repeatedly.

Sora’s insertion into the game still has fans upset months after his reveal. Fans in the Smash Brothers community have been expressing their anger online and making their opinions known about their want for Waluigi’s character.

There are many button combos that players need to memorize but the time it takes is worth it for a smooth playing character with OP attacks and movements. To get his DLC (downloadable content) only takes a single update of your game. Though, you are able to purchase his standalone pack for $5.99 in your console shop.

But why is this new addition such a big deal? Kingdom Hearts characters have been strictly connected to Disney based games for a long time now so their main protagonist being added to a Nintendo game is huge for its community.

Though some fans may not like it, Sora was a highly demanded character for Smash. So even with all the hate he is getting he is still a perfect fit into the game matching all the other air-born characters.

Instead of going off of what the haters are saying, try him out for yourself; who knows he may be your new go to character.